Psychedelics are having a moment. Seemingly every month, another story heralds the effects of psilocybin allegedly summoning some of the most creative and exciting works by artists, designers, writers and the like. Many creatives report unlocked creativity. Whether you're surprised that psychedelics are getting so much attention or you're simply pleased to live in an era in which researchers are actively studying substances that seem like they were plucked from stoner fairytale, you should know that scientists have been reporting on psychedelic drugs, as a class of compounds over the last six decades.

After his 1954 study on LSD, scientist Oscar Janiger noticed that artists who used the drug to enhance their performances seemed to have a wider understanding of their creativity. Although the records of this study have been largely lost, his research involved over 100 artists and 250 artworks. He reasoned that it was possible to retain the benefit of psychedelic experiences derived from LSD (i.e. increased creativity) by using smaller doses and focusing on getting the most out of the psychedelic experience.‍

Due to a general fear around drugs, research around psilocybin has not advanced much past the early ‘60s and ‘70s. Concerns over recreational drugs seemed to peak in the ‘80s. After thousands of PSAs and anti-drug ads, a generation of North Americans will forever associate drugs with the thought of their brains melting away like eggs on a frying pan.

A resurgence, however, is taking place: microdosing.

Some believe that the recent surge in microdosing simply boils down to excessive fear surrounding psychedelics, an attempt to soften the social stigma of drugs — if it’s only a fraction of the dose, maybe it’s only a fraction of the taboo, too. But much about its effects are still unknown and more research needs to be done. This new form of psychedelic ingestion will continue to be one of the more interesting topics within the greater psychedelic renaissance.

What was Steve Jobs’s drug of choice? LSD. The visionary openly admitted to using them over the course of his life, claiming many times the psychedelics gave him the creative visions to invent the technology we all love and use today.  He even joked saying, "taking LSD was one of the two or three most important things I have done in my life."  it’s estimated that he used LSD as many as 15 times in a period of 8 months, between 1972 and 1974, he was quoted as saying.

Sculptor Reuven Israel creates wooden sculptures that experiment with the mutability of geometric shapes. He attributes his style to his goal of “achieving the combination of the solid and the liquid, the rigid and the flexible, the moving and still.” As a result of a shamanic experience that guided him through a series of “visions,” he came to believe that “everything is in constant geometry” and in a constant state of flux—reducing and expanding, multiplying and unifying.

Kusama and Israel are two examples of how psychedelics enabled creativity. Many other artists — musicians, designers, poets and sculptors — continue to express the impact psychedelics have had on their work.

“I didn’t feel anything mystical or out-of-body. It was more the opposite. It’s like the most body you will ever be.”

🧪 Much of the findings from early studies of psychedelics have been lost but suggest the benefits of small doses.

😈 Social stigma around psychedelics has slowed down research around them

🌈 Some of the world’s most influential artists were inspired by the psychedelic experience, like Steve Jobs.

In case you missed it, Virgil Abloh left behind a manual that teaches you how to start a brand from scratch. 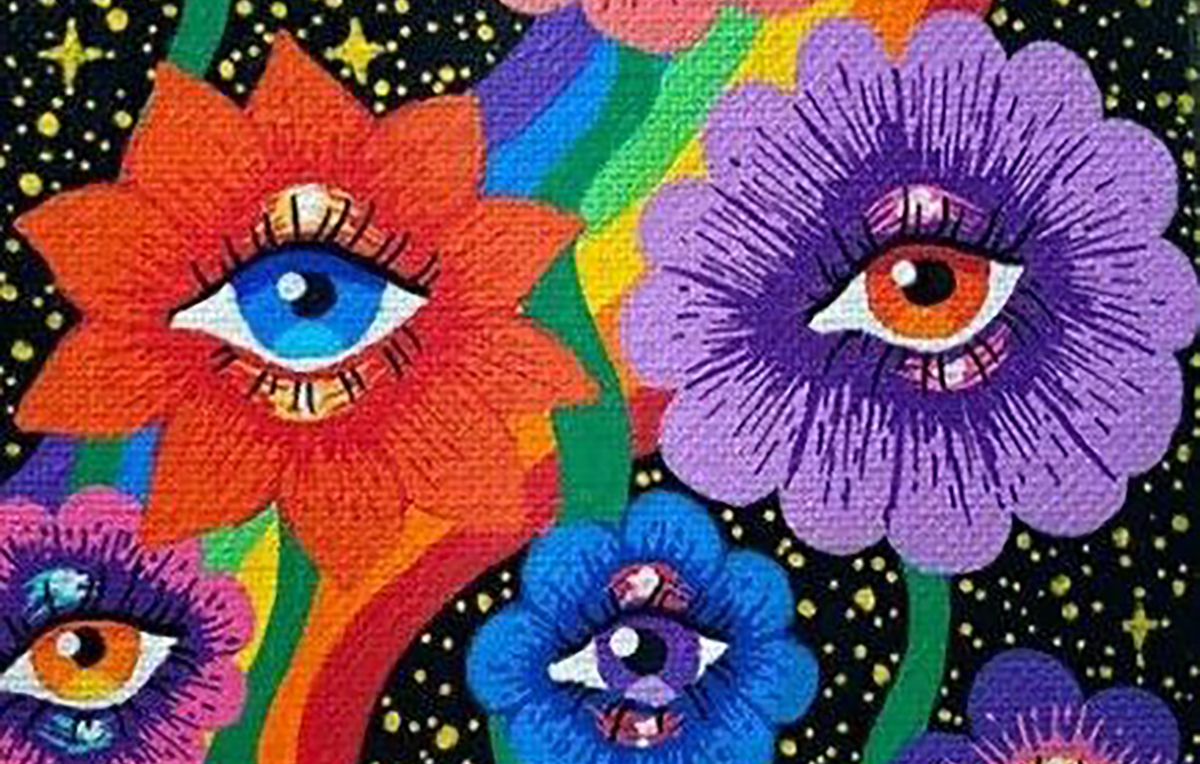